Head out on one of these top day trips from Memphis

Memphis is a true music lover’s mecca – whether it’s the throb of blues guitar on Beale Street or Elvis fans making pilgrimages to Graceland there is a vibrant feel to the city that is home to so many colourful music legends. The birthplace of soul, blues and rock ’n’ roll does not disappoint and is where legends such as Elvis Presley, B.B. King and Johnny Cash recorded albums at the iconic Sun Studio. Whilst all this musical history and culture abound, there are some remarkable day trip experiences to be had from the birthplace of rock ‘n’ roll. We’ve put together the following guide that outlines some great day excursions from Memphis. 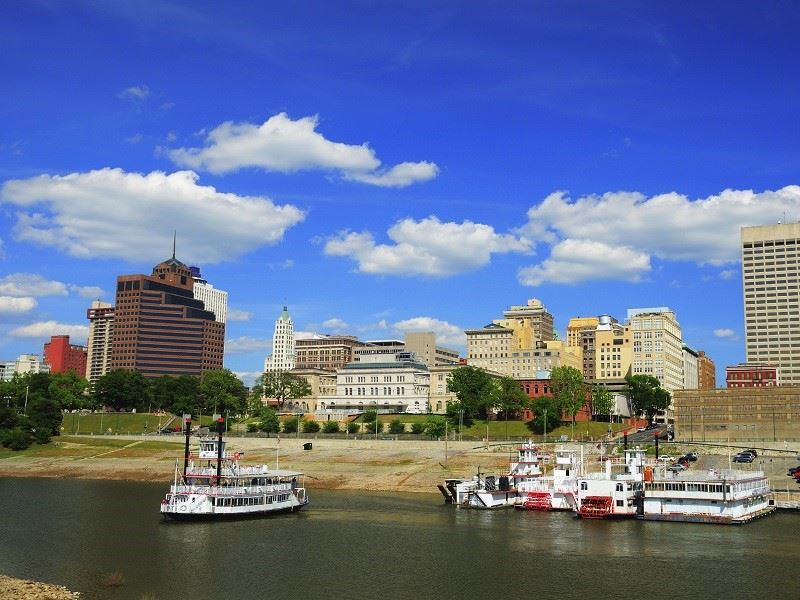 Having visited or made the pilgrimage – whichever is your fancy, to Elvis Presley’s home and resting place at Graceland in Memphis the story is completed with a trip to his boyhood home in Tupelo. Mississippi. You cannot help but be moved by the contrast between where Elvis started his life in this two-room ‘shotgun house’ to where he ended in the splendour of his home in Graceland.  This two-room structure was where Elvis was born and his home for the first three years of his life. He continued to live in various homes in Tupelo until he left aged 13 years. The Elvis Birthplace complex as it is known includes contemporary buildings such as a church and memorial chapel along with a park, museum and events center, theater and gift shop. Within the grounds, there is also a Reflections lake, Overlook Pavillion – where a young Elvis dreamed of a better life, and picnic pavilion. Two tours are available; one that includes the house, museum and church and another for the house only.  The town also has a growing number of great eateries and brew pubs so be sure to seek these out during your visit to Tupelo. 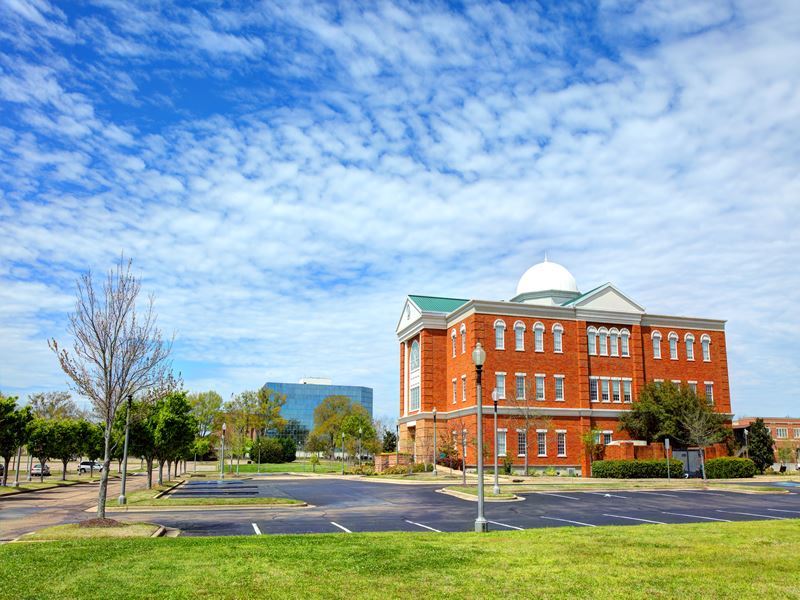 For some authentic small-town southern charm head for Oxford, Mississippi located around a 90-minute drive from Memphis. Taking its name from Oxford in England, this too is a major university town and exudes a strong campus vitality.  It's not just the university that drives town though, creativity abounds as musicians, artists and writers gather in this creative community touted as the Cultural Mecca of the South.  The Square is the beating hearty of Oxford and is home to a variety of shops, elegant boutiques and blends of earthy southern cooking and haute cuisine. This Historic Downtown Square is also the centre of Oxford’s nightlife scene.  There is an abundance of fine architecture to be found here which is most epitomised by the Cedar Oaks historic home. This imposingly beautiful Greek revival structure dates from 1859 and offers tours by appointment. Oxford was also home to the write William Faulkner and you can visit his home Rowan Oak which is now owned by the University of Mississippi and offers memorial and educational exhibits. Other Oxford highlights include; the Confederate cemetery, blue trail markers, the Ford Center for performing arts and the James Meredith civil right monument. 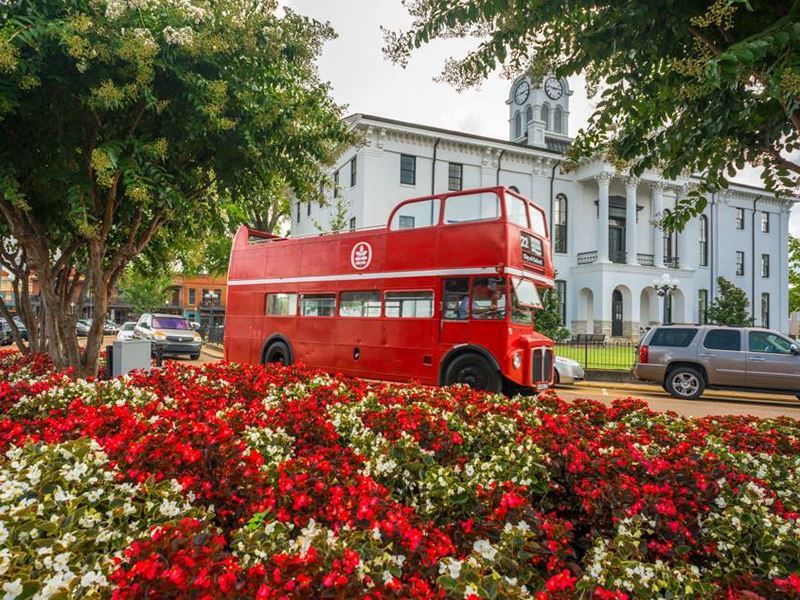 What Tupelo is to Elvis Presley the Dyess, Arkansas is to Johnny Cash. Born into abject poverty in southern Arkansas during the great depressions, Cash’s family re-settled in the north of the state in one of the New Deal colonies at Dyess. Located a short 45-minute drive from Memphis you find the Dyess Colony visitors center and Cash exhibit. Here you’ll find a fascinating insight into how the New Deal colony’s history and how it was set up. The Johnny Cash boyhood history is weaved into the story and timeline and provided a great context for the conditions the settlers lived in.  Around half a mile from the visitor's centre you can visit the home itself, carefully restored to its original condition. Dyess is very much a mecca for Johnny Cash and music fans but also provides a great insight for all visitors to a bygone history of Arkansas life.

Located just under and hour and a half’s drive south of Memphis, Clarksdale is a must-see destination and not just for music lovers. Considered by many as the birthplace of the blues, Clarksdale almost certainly deserves this designation. The crossroads, located at the junction of highways 61 and 49, is the supposed location of Robert Johnsons made his infamous deal. The story goes that Robert Johnson traded his soul to the devil all those years ago at this location, and so the city’s musical legend began. The likes of John Lee Hooker, Muddy Waters and Ike Turner began their careers and have called Clarksdale. Other highlights include the site of the legendary WROX radio station and the evocative Hopson Plantation. Added to this is an array of amazing contemporary music venues that include; the Delta Blue Museum, the Rock and Blues Museum, the iconic Red’s Lounge, Ground Zero Blue’s Cubs and the super cool New Roxy. Many of these establishments are to be found in the vibrant Blue Alley area of the town.

Across the state line, heading south-west, lies the dynamic state capital of Arkansas – Little Rock. Around two hour’s drive from Memphis, Little Rock was the home to the 42nd president of the US, Bill Clinton, which is where you’ll find the impressive Clinton Presidential Center. Set on the Arkansas River the centre acts as President Clinton’s Presidential library, housing an extensive range of fascinating exhibits and artifacts from his two terms in office.  You’ll also want to visit the Little Rock Central High School recognized for its pivotal role in the desegregation of public schools in the US and a key Civil Rights location. Fascinating and thought provoking tour are offered twice daily by the National Park service.  Other areas to visit are the SOMA (South Main) and the River Market District. SOMA is an eclectic gathering spot where artisan food makers, coffee shops and contemporary distillers have set up their businesses. Be sure to visit the Esse Purse Museum one of only two museums of their kind in the world. The River Market District is a vibrant entertainment and dining neighbourhood set right next to the river and the wonderful Riverfront Park. 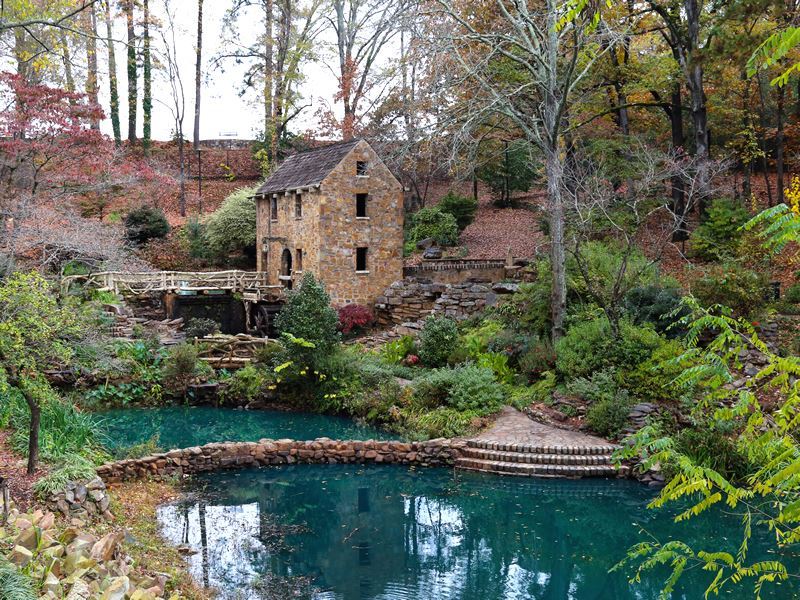 Located under an hour and a half’s drive to the south-east of Memphis, and a world away from the city’s vibrant music scene, lies the verdant woodlands of the Holly Springs National Forest. This public treasure offers a series of sparkling small lakes set amongst the lush greens of the upland hardwoods and endless pine forests.  Sitting on the site of an ancient Native American ceremonial mound is Chewella Lake, a favourite outdoor playground, with swimming beaches, a picnic pavilion and assortment of other recreational facilities. A favourite activity among local residents is hiking and there is an abundance of trails for those wishing to escape the pace of city life, even if just for the day.

Set just 20 miles northwest of Memphis, the Wapanocca Wildlife Refuge lies just four miles from the mighty Mississippi River and its river levee. Sitting as an oasis in a sea of agricultural landscapes, the refuge was established as a habitat for seasonally migrating waterfowl.  You’ll also find southern swamplands which are home to iconic Cypress-willow trees, with their distinctive wide bases and ‘knees’ that grown from the roots and stick up from the water. The refuge’s diverse habitat, located on the strategic migratory Mississippi Flyway is also home to Bald Eagles, Great Blue Herons and Anhingas. Be sure to head to the visitors centre which features exhibits and displays relating to the history of the refuge and its natural resources. A driving tour offers visitors the opportunity to observe the wildlife and birds and there is also an observation platform located on the eastern side of the lake.

Two and a half’s hours’ drive east of Memphis you’ll find another world renowned music city – Muscle Shoals, Alabama. Not nearly on the scale of bustling and iconic Memphis, a trip to Muscle Shoals is well worth the effort as it still packs a whopping musical history. This tiny town, an hour from the interstate, is where some of the most memorable and emblematic songs of all time were recorded.  For many years the Muscle Shoals Sound Studios were only open to artists, The Rolling Stones and Paul Simon amongst them, but is now open to the public on a fascinating ‘behind the scenes tour.  Keith Richards, when describing Muscle Shoals said simply ‘it’s rock ‘n’ roll heaven. Fame Studios is another legendary studio, the longest owner operating studio in the world. Here, such artists as The Beatles, Elton John and Tina Turner laid down tracks. Other musical highlights include the W.C. Handy Home, Museum and library and several blocks east of downtown the cozy Pegasus Garage venue which showcases emerging talent. The surrounding towns are collectively known as the ‘Shoals’ and in nearby Tuscumbia is the must-see Alabama Music Hall of Fame.