Feeling hungry? Philadelphia’s willing to help with that! North America’s fifth largest city offers rich pickings when food and drink is concerned. Put your trust into Philadelphia for this city sounds suspiciously like a brand of cream cheese but that’s all good because you know it all makes sense. Philadelphia is a city that has hidden depths for sure with a select range of gems tucked away on streets that sometimes don’t get to be explored, so follow me. 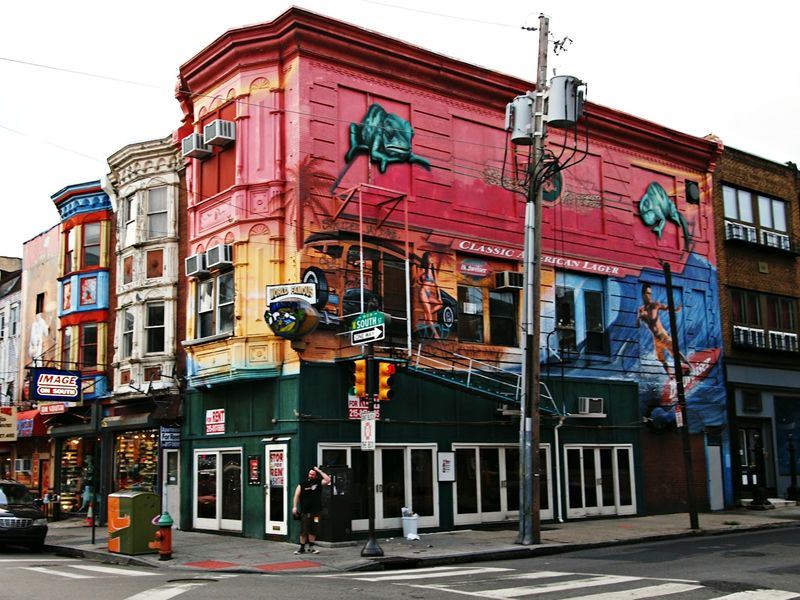 Let’s leave the tight and upscale restaurants and bars behind us; in return I’ll let you in on a little secret from Philadelphia because there’s just something about South Street. If you are an adventurous type then stick with me for I don’t need to spend a fortune to have a memorable time or a delicious meal. You better be ok with that? South Street won’t wait forever.

I suggest that we take things to South Street for drag performer Willam Belli shall agree with me that this part of Philadelphia has some random places to enjoy. Ishkabibble’s has been serving Philadelphia’s finest street food since 1979, located on South Street this quirky and down to earth Philly street diner doesn’t stress when it comes to good food for it’s the place to grab a tasty hoagie.

How about a BLT or a bacon and egg hoagie for breakfast? I kid you not this street side kitchen keeps that griddle going all day long from morning through evening. Make mine a cheesesteak with fries followed by a side order of Mozzarella sticks, please? Ishkabibble’s certainly knows how to serve Philadelphia realness, so there’s no better time to get down to 337 South Street, PA for your own slice of hospitality.

Let’s stay with ‘South Street’ for Bob & Barbara’s Lounge awaits your attendance this evening. Trade the stuffy bars of Downtown for the alternative vibe of this South Street lounge & bar that will show you a night to remember. Thursday is cabaret night to experience the fabulousness of some of the tri-state’s most darling performers, there’s no reason to pass the chance to sink a few drinks with Bob and Barbara.

No cover is charged on Friday and Saturday nights, teamed with that beauty a range of ‘Liquor Dancing Music’ descends upon Bob & Barbara’s South Street Lounge. I know where I would rather be now and I’m not just saying that for the sake of it. Pour me a ‘special’ Bob and turn that ‘Liquor Dancing Music’ up Barbara because I just want to have a great night. Drag superstar Willam Belli calls the shots for she also loves this South Street establishment, talk’s cheap but in this case I’m going to take Willam’s word for it.

Are you for coffee or tea? The Evil Eye Café brings a hint of a Turkish coffee house to Philadelphia’s bustling South Street. So far it’s all been about hoagies and liquor, so let’s grab a Turkish tea or coffee with a piece of freshly made Turkish baklava and take in the non-stop crazy surroundings of Philadelphia’s South Street? Nothing that I have investigated belongs to any of the large chain companies, so all of what you see definitely serves independent realness.

Bubble Tea is my favourite, so break from the ordinary and jump on this typically oriental refreshment for its bubbling with lots of green tea flavour. Evil Eye Café like many of the other South Street establishments is connected to the SEPTA network so there’s no need to worry about getting back to Downtown, that’s if you’re having too much of a blast already? Put that kettle on because I’m craving some Turkish tea and Baklava, please? It’s ok to smile at the Evil Eye Café.

Its official that South Street brings it big, small or just the way you like it. Be welcomed at Bob & Barbara’s with a special liquor mix to watch the drag queens perform? Chow down on a freshly cooked burger, hoagie or cheesesteak at Ishkabibble’s? Or better still sit back with a hot cup of Turkish tea or coffee and cake at South Street’s very own independent Turkish coffee shop? You know what to do. Let South Street open your eyes to a whole new Philadelphia or keep them shut and miss out on the action? It’s your choice?