One of the best ways to get to know a culture is by sampling its food and drink scene. Montana is famous for its dishes that are often inspired by nature, with a natural bounty of unique fruit like huckleberries as well as trout, bison and some of America’s finest beef. Wyoming cuisine typically stays true to its cowboy roots with lots of foods you’d expect out on the range like chili, stews and steaks, while North Dakota often borrows from Canadian comfort fare, with unique takes on poutine, a dish made up of French fries, cheese curds and gravy. South Dakota’s culinary scene is a mix of dishes influenced by the prairie, farmers and ranchers, Scandinavians and Native Americans, with dishes like walleye, buffalo burgers and Indian fry bread popular here. 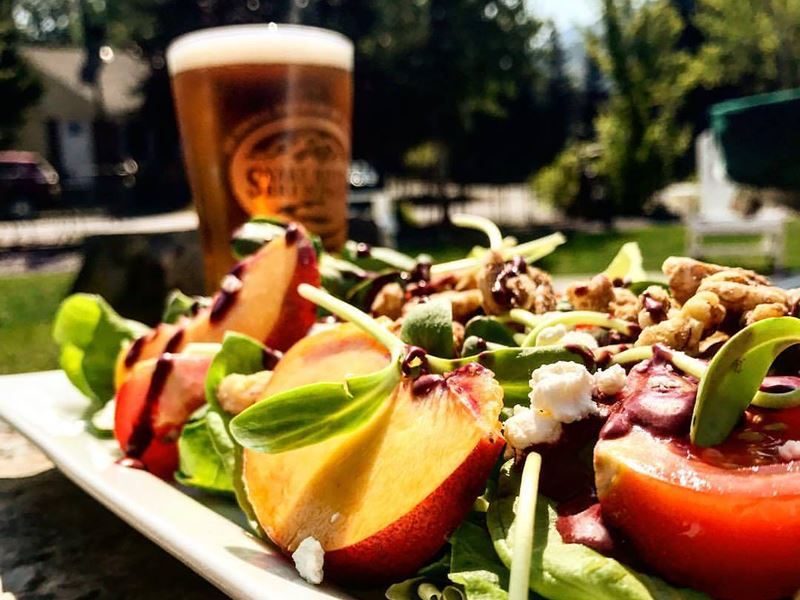 Tasting your way through Real America, experiencing its restaurants, from casual eateries to fine dining, bars, breweries and distilleries, is an especially enjoyable way to get a more in-depth look at this region.

One of the most exciting ways to kick off your time in Real America and your exploration of its food and drink, is to start with a free pancake breakfast at Wyoming’s legendary Cheyenne Frontier Days. Hosted in Wyoming’s capital and largest city, Cheyenne has been hosting this massive rodeo annually for nearly a century. Referred to as the “Daddy of ‘em All” for its quality and size, it takes place over 10 days in late July every year and features a daily rodeo as well as concerts with big-name musicians, parades, a carnival, Indian village, Western Art Show and a free pancake breakfast. The traditional free breakfast is a favourite with visitors and locals alike, with volunteers serving over 100,000 flapjacks, 3,000 pounds of ham, 9,200 cartons of milk and 520 gallons of coffee, not to mention all the butter and syrup that goes along with it. Come indulge, mingle with the locals and visitors from all 50 states, and many countries from across the globe.

As you venture west toward the Big Horn Mountains in northern Wyoming, the historic town of Buffalo is not surprisingly, famous for its buffalo burgers. The Bozeman Trail Steakhouse is a great place to sample authentic buffalo and elk burgers, served with thick steak fries. If you don’t make it to Buffalo, over in Cody near the eastern entrance to Yellowstone National Park, the Proud Cut Saloon & Steakhouse is renowned for its cowboy cuisine that includes buffalo burgers that are often raved about too. Just a half-hour’s drive south, it’s worth going out of your way to experience Meeteetse Chocolatier in the tiny town of Meeteetse. Started by bronc rider Tim Kellogg as a way to raise money during the Cody Stampede for a new saddle, the artisan chocolates are all made in the store daily using only the finest ingredients with no additives or preservatives. They can only be purchased at Meeteetse Chocolatier or online, so this is your opportunity to try some of the freshest, melt-in-your-mouth truffles, Belgian chocolates and other treats like Bailey’s Irish Cream Truffle Brownies. 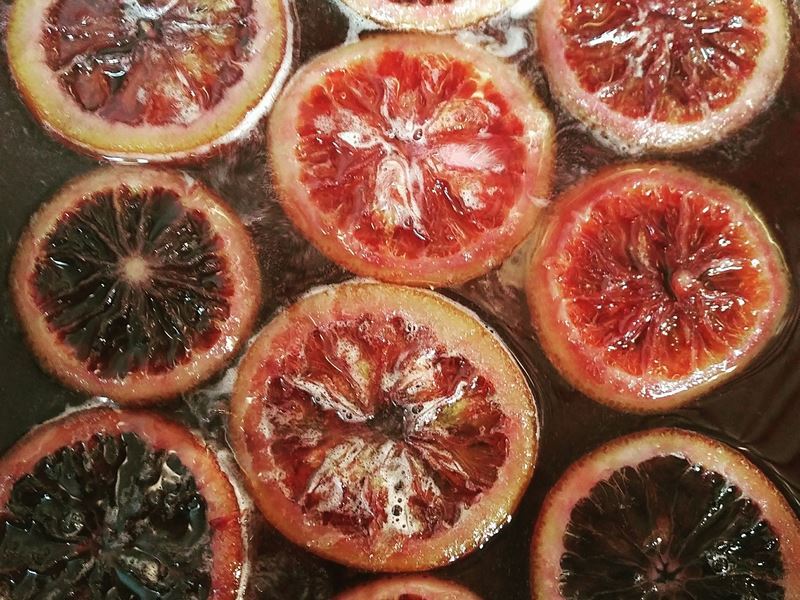 Just when you think it can’t get any better, as you enter Montana, you’ll be entering the state that’s famous for its huckleberries. These delectably sweet berries are featured on menus throughout Montana, especially around Flathead County in places like Whitefish and Hungry Horse. The latter is home to Willows HuckLand, or Willows Huckleberry Land as it’s also called. It’s a restaurant, jam and pie factory and clothing/gift store all in one. The wild huckleberry shakes are absolutely to-die-for, and the fresh huckleberry pie is out of this world too. You might want to stop for a slice on your way to Glacier National Park, and then make a stop again on your way out for one of the creamy shake, fabulous on a hot summer’s day. Of course, it’s not all about huckleberries and desserts in Montana, though there are plenty of sugary treats you won’t want to miss like the donuts at Windmill Village Bakery in Ravalli. Just north of Missoula, this bakery is highly acclaimed for its authentic down-home hospitality and its massive “spudnut” donuts, that despite their size have an incredibly light and fluffy inside. The not-so-secret ingredient in the recipe that was handed down through generations is mashed potatoes, with all fried to order and finished in a vanilla glaze.

When you want to try the very best burger in the state, head to Drummond where you’ll be greeted with a sign that features an image of the finest Montana cattle. This is the home of Parker’s Restaurant which was voted the best burger establishment in the entire state, offering everything from the Leaning Tower of Cheeza to the Hillbilly Deluxe, which includes a burger patty between toasted white bread, fried bologna, American cheese, a fried egg, mustard and mayo. All are made with only local, hormone-free, grass-fed beef.

Over in the Dakotas, Medora, North Dakota is not only home to Theodore Roosevelt National Park, but the nationally acclaimed Pitchfork Steak Fondue which overlooks the impressive Badlands from atop a bluff. It offers the total western experience which includes dining on steaks that are fondued western style while being serenaded with live western melodies. The steaks are served with salad, coleslaw, fresh fruit and vegetables, baked beans, potatoes and garlic toast, with brownies and cinnamon-sugar donuts for desert. Lemonade and coffee are included, with wine or beer optional.

You don’t want to leave North Dakota without learning what poutine is all about. While it might not sound all that appetising, once you try a bite you probably won’t be able to stop until that gravy, cheesy goodness is all gone. Three Lyons Pub in Fargo serves it with a house-made Guinness gravy, topped with white cheddar cheese curds, and Scotty’s Drive-In in Bismarck is another more-than-worthy spot for burgers and the Canadian-style delicacy, with the fries perfectly golden, crispy and soft on the inside.

Down in the Black Hills of South Dakota, the Fort Hays Chuckwagon Supper and Show is not-to-be-missed. It includes a supper of BBQ roast beef, baked beans, potatoes, applesauce and biscuits and honey, with spice cake for dessert. Afterward, a one-hour Cowboy Music Variety Show takes the stage. Arrive early to walk the set of the Academy Award-winning film “Dances with Wolves” and tour the South Dakota Film Museum where you’ll see some of the original buildings used in the movie.

Now that you’ve tried Cowboy classics, you may want to sample some authentic Native American Cuisine. In the rural town of Parker, the Cedar Pass Restaurant at Cedar Pass Lodge is known for its Indian fry bread which is made daily onsite for the menu favourite, Sioux Indian Tacos. The fluffy bread is topped with buffalo meat or a vegetarian option, along with refried beans, lettuce, tomatoes, cheddar cheese and black olives, served with sour cream and salsa.

Real America is home to all sorts of outstanding water holes, like the Pony Bar, an out-of-the-way hidden gem at the eastern edge of the Tobacco Root Mountains in the former mining community of Pony. With the mountains and hot springs nearby, it’s a popular place for outdoor adventurers to enjoy a drink after a hard day at play. An authentic western bar, it’s all that’s left of a once-thriving local commerce, but you’ll see pickup trucks lining the otherwise empty Main Street, and inside of the 130-year-old building, the bar is packed on Saturday nights, filled with laughter and music as the last best bar in the region. When you’re looking for something a bit more upscale, along with live entertainment, Top Hat Lounge in Missoula offers an extensive selection of beers on tap, creative cocktails and a good bar menu too. 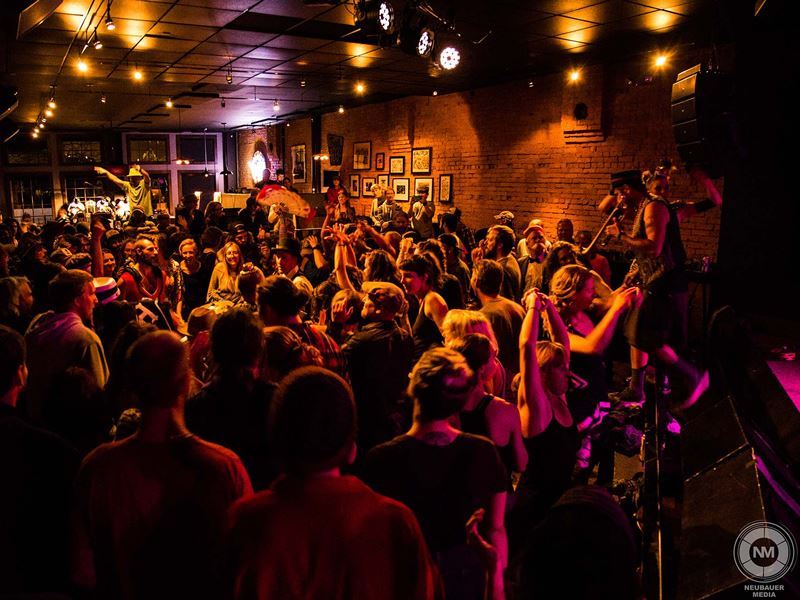 In Buffalo, Wyoming, saddle up to the 25-foot bar at the Occidental Hotel Saloon and you’ll be in the same spot where all sorts of cowboys, cattle barons, sheriffs and desperados once gathered, including Buffalo Bill, Calamity Jane, Butch Cassidy and the Sundance Kid. It’s also seen the likes of Ernest Hemingway and Teddy Roosevelt. Take a look around and you’ll even find many original bullet holes. On the west side of the state, Jackson Hole is home to the famous Million Dollar Cowboy Bar where patrons sit in western saddles, sip drinks and enjoy an extensive collection of museum-worthy western relics. It’s also a great place for music and dancing.

The Black Hills of South Dakota host the world-famous Sturgis Rally every year, which attracts a million bikers from across the globe, so you know you’re going to find some good bars here. The Full Throttle Saloon is the most well-known as the largest biker bar on the planet – it’s even had a reality TV series filmed here. On many nights you can enjoy live music, and if you come around the first full week of August during the rally, expect big crowds, wild times and some amazing people watching too. 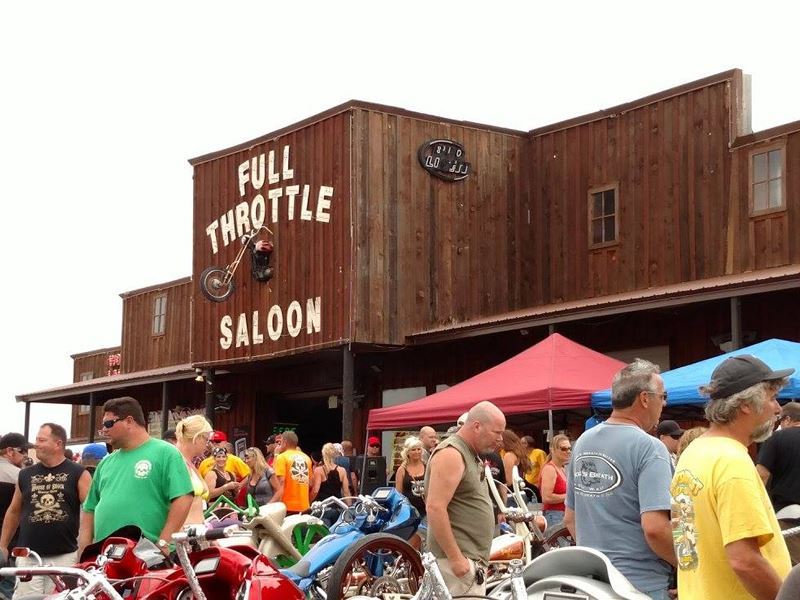 In the heart of the Black Hills in Hill City, Sick N Twisted Brewing Co. is the place to go for a good microbrew, with more than a dozen on offer. All are handcrafted onsite, and the bar also offers a limited menu to soak up the suds along with it. Wine enthusiasts can enjoy tastings in its Naked Winery tasting room too.

In Fargo, North Dakota, Wild Terra Cider is a new cider brewery and bar, housed in an old barn. The first hard cider and kombucha producer to open in the state, as well as the first cider bar in North Dakota, it offers the chance to try house and regional ciders, from dry ciders to sweet, including some surprising flavours like habanero, as well as kombucha on tap. 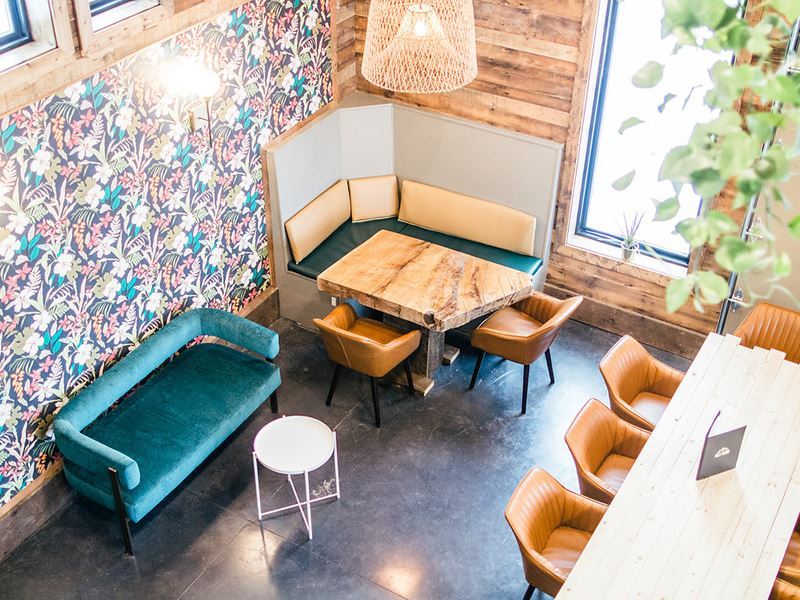 In the picturesque ranch town of Livingston, Montana, Neptune Brewing is a favourite, offering craft beers like the River Nymph Golden Ale and Siren Song Honey Rye along with outstanding seasonal brews like the chocolate cream porter, as well as frequent live entertainment. Montana Brewing Company in Billings is a top pick having received more awards than any brewery in the state, with the Whitetail Wheat a popular option.

As one of the trendiest towns in Wyoming, Jackson is a great place to sample local brews, with Snake River Brewing known for its beers that reflect the area’s Grand Tetons, rugged yet refined. Sip tasty brews like the Jenny Lake Lager in its storefront brew pub. 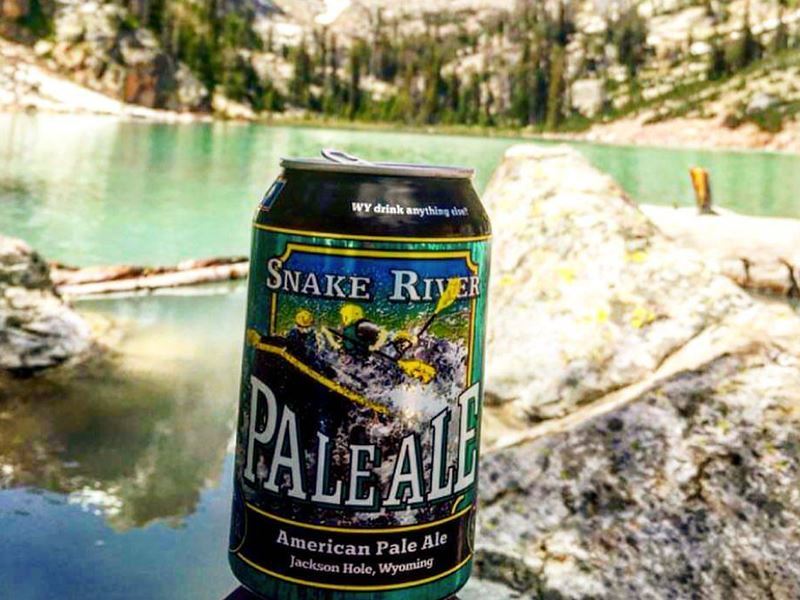 You’ll find a number of distilleries throughout Real America too. Badlands Distillery in Kadoka, South Dakota offers free tours, spirit tasting sessions and other promotional events. The spirits are made using corn grown on its ranch, along with locally-sourced ingredients like jalapenos and honey.

Glacier Distilling near Glacier National Park in Coram, Montana produces a variety of alpine whiskeys and fine spirits. Come enjoy tasting flights and cocktails in the Whiskey Barn. Wyoming Whiskey, a family-owned distillery in Kirby, part of Wyoming’s Big Horn Basin, offers tours of the working distillery and a chance to learn about the entire bourbon making process. Afterward, you’ll be invited for a tasting, and the chance to buy, in its Whiskey Shop. 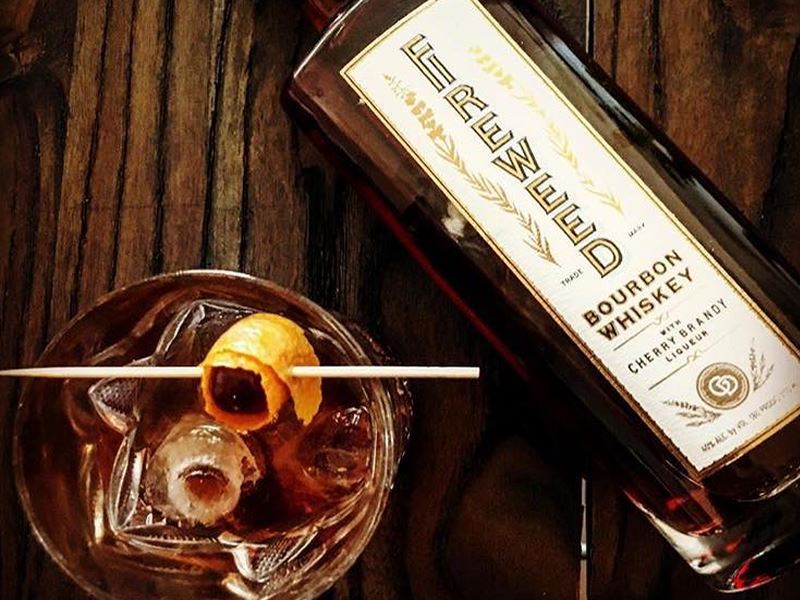