Top 10 things to do in Arizona

With plenty of national parks, including: Petrified Forest, Saguaro and parts of Monument Valley, Arizona is a fabulous state for trekking and spending nights under the stars so make sure you pack your best boots and telescope. Alternative activities in Arizona are infinite however, the top 10 things to do in Arizona below should go some way to providing you with just enough information to ensure your stay in the Copper State is as enjoyable as it’s going to be darn hot. 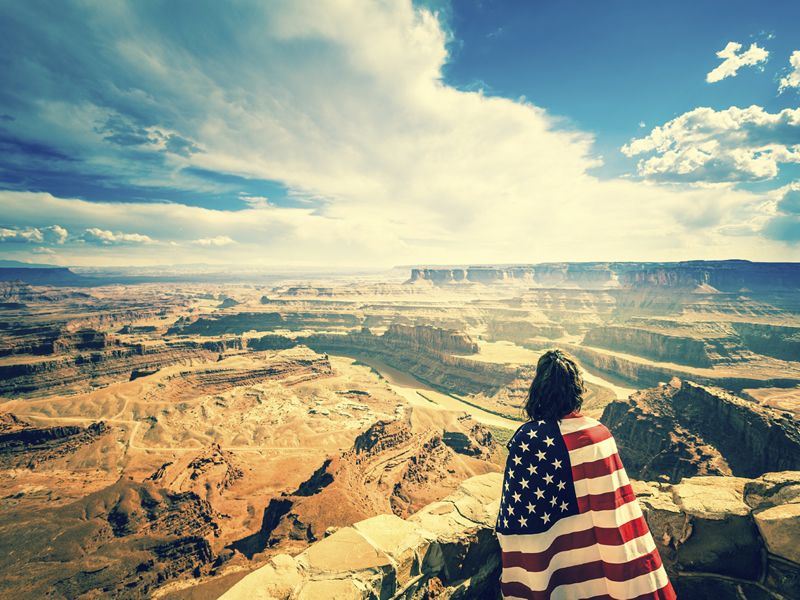 Arizona’s capital city is jam-packed with fun and interesting things to see and do, including: rococo castles, concert halls and art museums, presenting plenty of ways for culture vultures to while away their time in the sun. Aside from the sightseeing, Phoenix is also renowned for its propensity for Mexican food and you’ll find a rich and tasty variety of street stalls, restaurants and take-aways to keep your strength up as you explore. With loads of water parks to help you cool down and numerous mountains and desert displays to help you heat up, this is indeed a hot spot in every sense of the word and, from Camelback Mountain to the Desert Botanical Garden, sun hats and sun cream are essential. 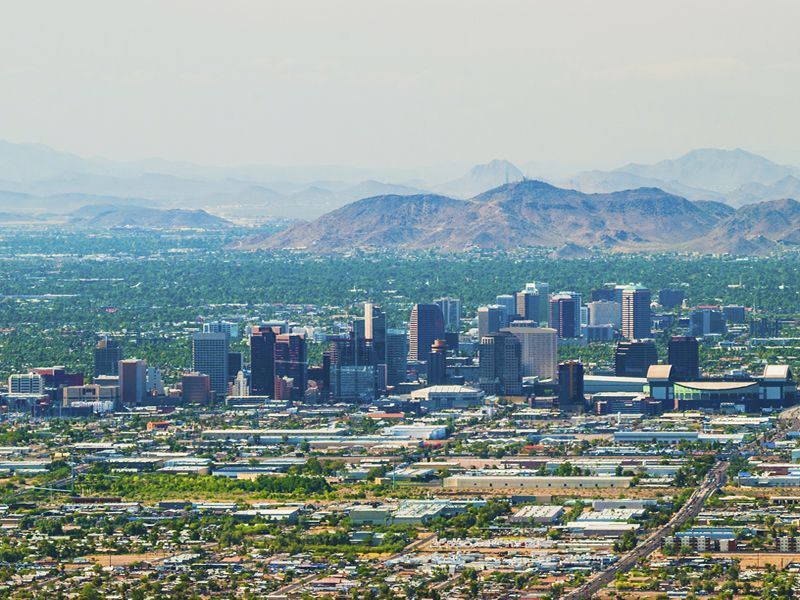 As with all graveyards eponymous with tales of the Wild West, the name Boot Hill holds legendary status for both its occupants and for an era that will forever remain eternal. Tombstone, Arizona, is one of America’s most famous cemeteries and is home to some of those killed in the infamous gunfight at the O.K. Corral, namely: Billy Clanton, Frank McLaury and Tom McLaury. Although the cemetery was long neglected in favour of a newer version on Allen Street, it was still used to provide the final resting place for outlaws and wrong-doers and a trip to the Boot Hill Museum, located on the original site, will help you to put faces to the names on the headstones as well as telling a story or two from the Wild West. 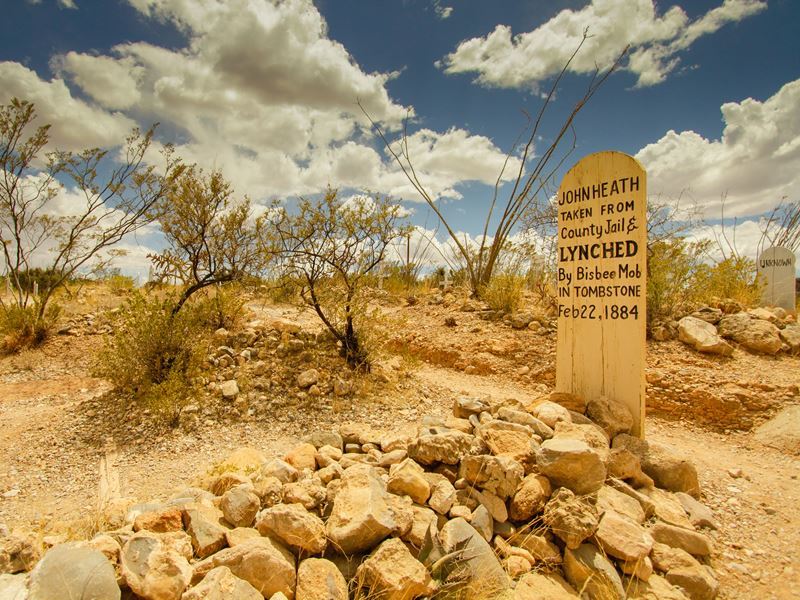 The largest fashion mall in the state features around 2 million square feet of space dedicated to clothes and designer labels so if you’re in the mood to splash the cash or window shop ‘til you drop then head to Scottsdale where all your retail dreams will come true. Home to designers, such as: Jimmy Choo, Hugo Boss, Prada and Louis Vuitton, it’s easy to see why Scottsdale has a reputation for expensive luxuries and with over 40 stores, exclusive to the Fashion Square, this is where the lifestyles of the rich and famous meet the deserts of Arizona.

Commonly known as a haven for lovers of art and culture, Tucson, which is located less than 100 miles from the Mexican border, is home to a wealth of events and fairs offering an eclectic mix of things to see and do, all year round. With a slightly cooler climate than Phoenix, to the north, visitors can expect to find a blend of desert day trips and city sightseeing, with: art museums, botanical gardens, zoological parks and even a Titan missile museum, providing plenty of options no matter what you’re interested in. Well-known for producing several prominent members of the American literary world as well as sprouting a flourishing independent music scene, it’s easy to see why more creative souls come to Tucson and if you’re in the area it’s well worth a visit. 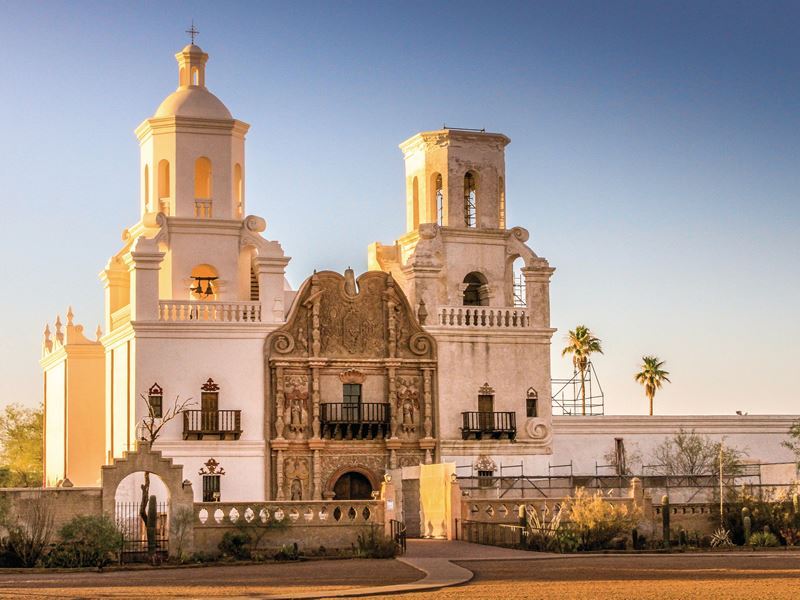 Commonly thought of as one of the best preserved meteorite craters on the planet, this is a fascinating geological attraction and well-worth a visit if you’re near the city of Flagstaff, in the north of Arizona. Measuring some 4,000 feet in diameter and with a depth of nearly 600 feet, Meteor Crater presents a superb chance to get up close to outer-space without leaving Earth and as admission is free it has to be a thoroughly attractive proposition for all lovers of faraway galaxies. The visitor centre, on the north rim, has plenty of excellent exhibitions, featuring information and interactive displays about: meteorites, asteroids, space and the solar system, which will no doubt help you to put this magnificent hole into perspective.

As soon as you get your first glimpse of this legendary Arizona landmark then you’ll instantly understand how it got the name. This is not only an excellent area for recreation but it’s pretty cool for anyone interested in prehistoric times too as the mountain contains a cave on its northern slopes which is thought to date back to the Hohokam people who existed in the area up until the 14th century. For the rest of us, Camelback is a natural haven for outdoor activities and you’ll find a wealth of hiking trails leading to the peak as well as some excellent spots for rock climbing, including: the Praying Monk which is a solitary sandstone rock that’s some 100 feet tall.

Situated in north-central Arizona and listed on the National Register of Historic Places, the Wupatki National Monument is an absolute ‘must visit’ if you’re anywhere near the town of Flagstaff and fancy finding out more about the heritage of the Native Americans. The site itself is made up of several ruined buildings that were once carved from the red Moenkopi sandstone and remain as testament to a nation who were able to live and survive under extremely harsh desert conditions. There are around 800 ruins in total, spread over an area of some 35,000 acres, and when combined with a trip to neighbouring Sunset Crater, you may want to pinch yourself to make sure you’re still on Earth.

Lying to the south of Arizona, this national park comprises of over 90,000 acres of preserved wilderness as well as: mountains, desert and a heck of a lot of cacti, including the largest in North America, the giant saguaro. Thanks to its location, close to Tucson, it’s really accessible for day trippers and with over 150 miles of well-maintained, sign-posted trails, you’ll find some excellent excuses to explore under the Arizonan sun. Saguaro is a must for anyone interested in photography as, from cacti juxtaposed against clear blue desert skies to the vibrant colours of the plant’s flowers in full bloom, you’ll find you’re literally spoilt for choice. 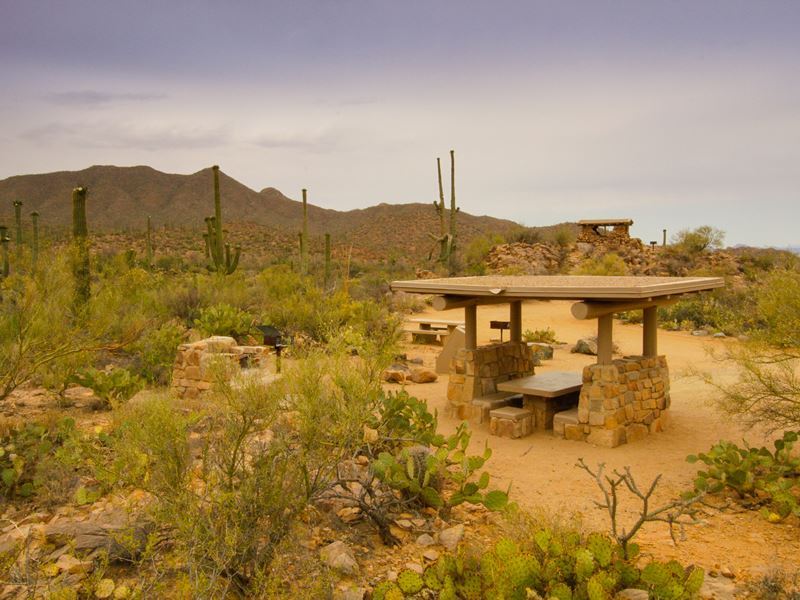 Famed for its red sandstone formations, which gives the park its name, Red Rock is the home of giants, such as: Cathedral Rock and Oak Creek Canyon, that both stand as testament to the dramatic natural beauty of life in Arizona. The park is dedicated to providing visitors and locals with information about the environment and how preserving creeks, rocks and forests, is vitally important for sustaining the natural world. With several sightings of animals, including: cougars, deer, coyote and otter, this is a great location for lovers of natural history and any Twitchers will be overjoyed to discover the park has been designated as an Important Bird Area.

There can’t be many more natural land masses that hold such legendary status across the globe and if you’re searching for some of the most jaw-dropping photograph moments then right here is where you find them. Still inhabited by the indigenous people and attracting myriad visitors every year, the Grand Canyon presents a fascinating insight into both Native American culture and the sheer brilliance of nature. There are loads of activities in the area and if you fancy trying the Skywalk then prepare yourself for some incredible views. Alternatives to ‘stepping off the ledge’ include: helicopter rides, white-water-rafting and trekking tours so, prepare yourself for adventure and don’t forget your camera. 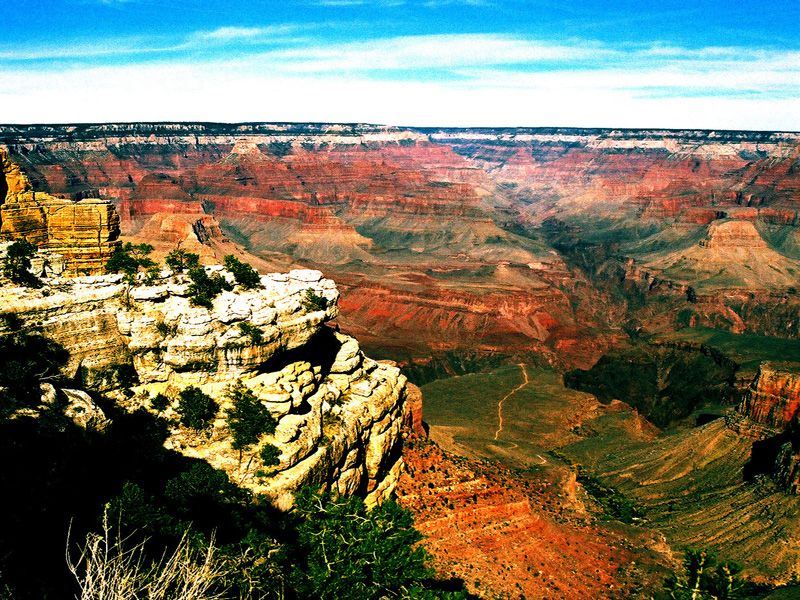